The band is solely focused on the basic principle and vision of building itself upon a foundation of great musicianship. Having aligned with Kinkade Entertainment, LLC, the mission is to quickly conquer a multi-state / regional market with aspirations on growing well beyond into the national spotlight.

Combining a total of a hundred plus years of live performing experience, the band formed in mid-2017 and first developed a vision and business plan. Driven to position themselves as a serious contender in the contemporary country market of choosing.

They have set a frenzied schedule in promotion of the new KSB EP featuring the radio hit “Lover And a Fighter”.

Meet the members of the Kenton Sitch Band 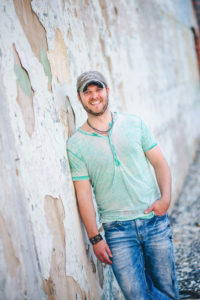 Kenton Sitch is a singer/BMI songwriter /guitarist born and raised in the small town of Saxton, PA. Kenton has been playing the guitar since age 7 and grew up with an eclectic exposure to music including anything from Vince Gill to Prince and everything in between. Writing songs since he was a teenager, Sitch began gigging with a variety of bands playing a multitude of genres but found that the current country music sound best represented his writing style. Sitch stated, “I feel most blessed to be working such a talented band that have become so much like family, and believe me when I tell you that none of this would be possible without the support of my amazing wife, Melissa.” Both the opportunity to open for a mixed group of national acts from both rock and country genres and most recently having SMG Records, Nashville promoting his music to national radio, served as a catalyst for Sitch to forge on in the attempt to fulfill a dream of sharing his music with the world. In closing Sitch stated, “My hometown has supported me so much throughout the years and I would love nothing more than to put Saxton, PA on the map!” 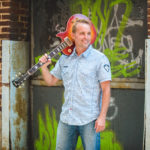 A native of central Pennsylvania, Brett grew up enjoying country life and the musical influences of the 80’s big hair bands, the Beach Boys and Worship services at church. Brett began playing guitar in his teens when a man from his church had given him an old acoustic guitar he’d found in a trashcan. Brett honed his skills and began playing guitar regularly at his church eventually joining a Christian rock band entitled “CHoSen” amongst other Christian and Country projects. As years passed, Brett found himself focusing more of his time on family, his teaching career and coaching youth sports. Thinking that playing in a band was more a thing in his past, he and his family had attended a Kenton Sitch solo acoustic event. After the show, Brett’s wife approached Kenton and said “if you’re ever looking for a guitarist, give Brett a call”. As luck would have it, three years later Kenton made that call. Since joining the KSB project, the once dormant passion of performing live music came out of it’s long sleep. The revitalized Brett has stormed back onto the music scene providing all of the rhythm and colorful fills the band hungered for. 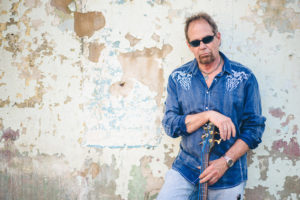 A multi-instrumentalist and copy-written songwriter, bassist Jac was born the son to an Air Force pilot in Hampton VA. Jac unfortunately grew accustomed to moving every two to four years until his family was stationed in Bangkok Thailand shortly after the Beatles came on the scene. Falling in love with the prospect of one day becoming a quality professional himself, Jac performed his first live show in 1965. Growing his talents until, in 1972, he’d formed the band “Illusion” who in their first gig, warmed up the Allman Brothers and Eagles in Tampa Stadium. This began a torrent career touring all over the Southeastern United States where his fortune aligned him in opening gigs with Johnny Winters, Jethro Tull and Mountain amongst many other reknown artists. As a guitarist, Jac was endorsed by Rick Turner Guitars while portraying the great Lindsey Buckingham in the Nationally signed Fleetwood Mac tribute “TUSK”. Having played essentially everything there was to play, Jac found he had to re-invent himself, as he’d done so many times before, by crossing over into the contemporary Country industry where he’d aligned forces with Kenton, Jameson and Brett to quickly become a dynamic juggernaut in the regional country scene. 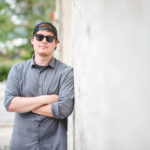 Jaymeson, age 30, resides in State College, Pennsylvania. A classically trained drummer, literally has been playing drums most all his life. Since high school, he’d been in and out of bands of all genres. He attended Penn State University and while there played snare drum in the band. He also runs audio at State College’s Bryce Jordan Center and gets to work along side a lot of great artists while furthering his wide portfolio of industry connections. He is an avid traveler and has been to 21 different countries. After auditioning with the KSB project, it was quickly evident that Jaymeson was a master class drummer and an incredible fit into the band. His influences of multi-genre interests became an infectious staple of the project joining bassist Jacco to solidify one of the most solid rhythm sections in the region.